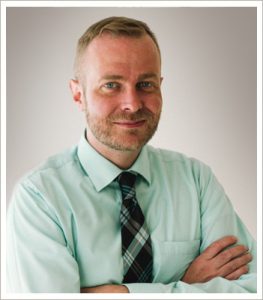 Adam Clark began his career in liquor licensing as a file clerk for the Colorado Liquor Enforcement Division in 2012 and soon became a Licensing Specialist. He reviewed applications for all types of liquor licenses and permits working together with city and county clerks in every Colorado local licensing jurisdiction in addition to his specialty in manufacturer applications and licenses.

In 2015, Adam left the Colorado Department of Revenue and became a Licensing Technician for the City and County of Denver’s Department of Excise and Licenses. Lending his liquor licensing expertise to the local authority, he gained extensive experience with the retail aspect of liquor licensing and expanded his experience to cabaret, marijuana, restaurant, and many other types of licenses.

Adam joined Runco & Proffitt in 2018. He brings the firm experience in the industry on both sides of the bureaucratic counter. When he’s not helping businesses get their licenses, Adam enjoys art, comedy, and music.